In 2014 and 2015, campers were lucky enough to bear witness to the unforgettable sight of several magnificent volcanic eruptions. Further Details Level 3

In 2014 and 2015, campers were lucky enough to bear witness to the unforgettable sight of several magnificent volcanic eruptions. Further Details Level 3

Volcanoe- 7 or 10 Days - Sicily Science camps which could change the world! Exceptional adventures and real projects for sustainable development 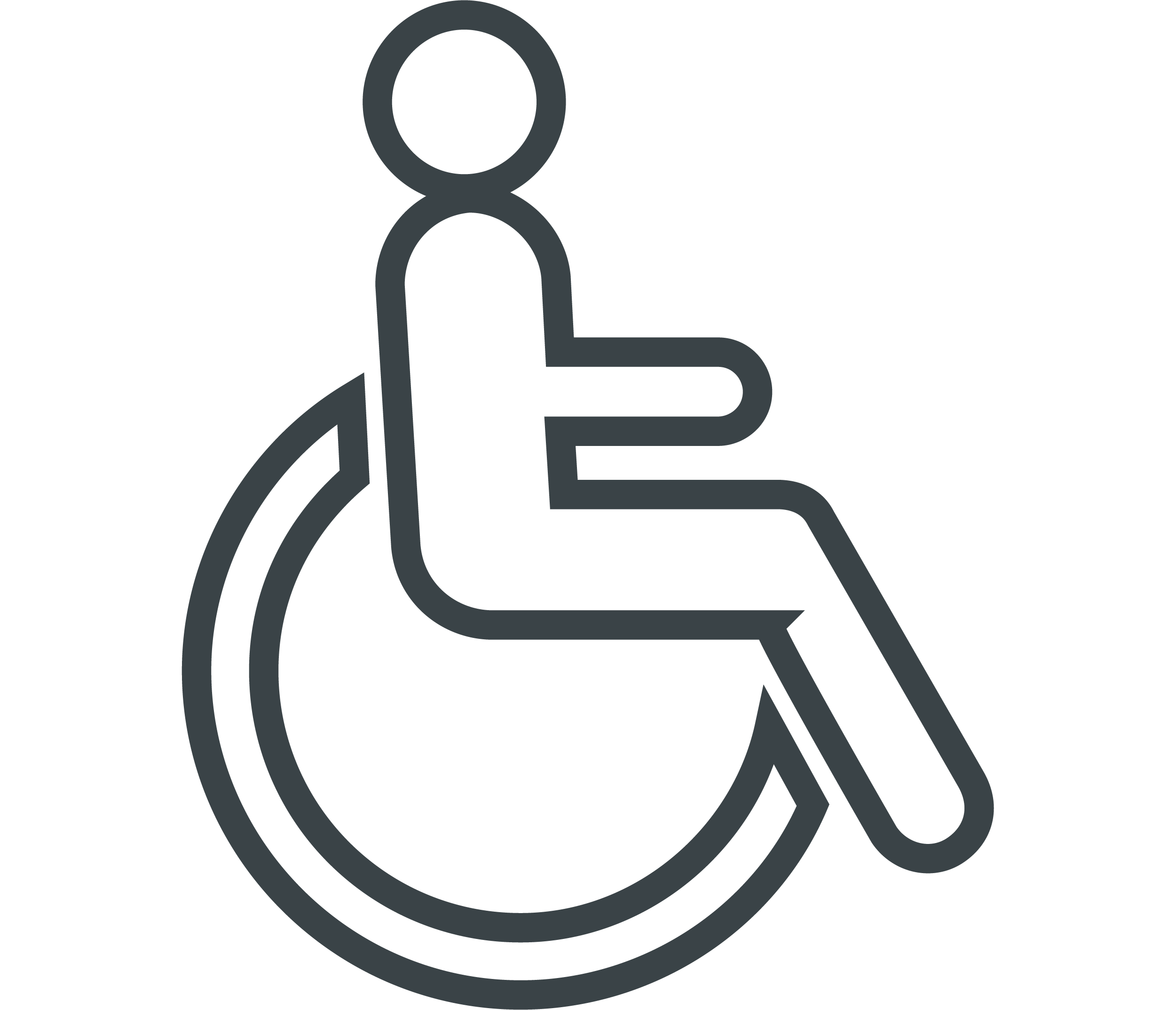 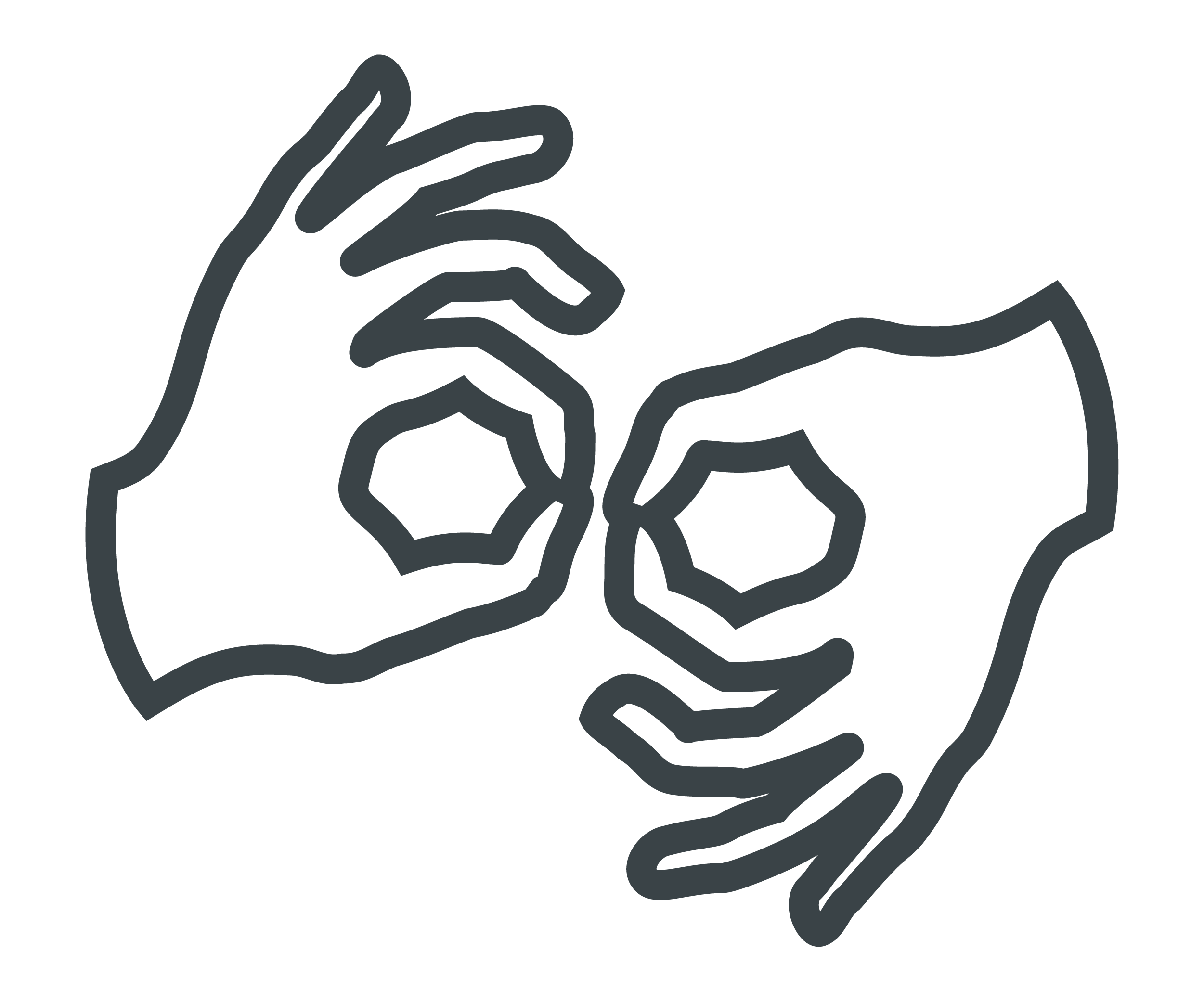 If you can’t decide between relaxing under the palm trees, taking part in a scientific excursion or doing a language course, then this trip is for you! How about taking part in a project on scientific journalism that will see you spend 10 days in Italy scaling 3 volcanoes mid-eruption and exploring paradise islands, all whilst you learn more about volcanism and improve your English?

You will be led by hikers up the slopes of Stromboli, Vulcano and Mount Etna who will teach you the different types of volcanism and its various manifestations. You will go snorkeling in the warm waters of the Mediterranean Sea where you will get close and personal with animals and explore the seabed, which was formed from volcanic rocks.

This trip is ideal for a family Easter vacation.

The journey begins with a visit to Mount Etna in Sicily, followed by a visit to the Aeolian Islands. Just like the volcanoes, you’ll have your head in the clouds and your feet in the water. We will climb to the top of the volcanoes to view some impressive natural phenomena: the sight of gushing lava and volcanic bombs and gas reaching more than 500°C being spewed into the air. Any movement at all made by the volcano will be picked up by our scientific equipment. All necessary safety precautions will be taken.

The photographs below were taken during previous trips with Objectif Sciences International.

Go on an adventure with us!

Easter time is ideal for visiting this part of Italy. The Volcano Alert excursion is open to families and adults during this period. Activities will be adapted in accordance with the age and physical condition of the campers.

At this time of year, the Aeolian Islands have a mild climate which makes scaling the volcanoes much easier.

In this case, we would stay in charming little houses that are full of character, rather than campsites.

All scientific and journalistic activities undertaken during the trip will be in conducted English. Numerous other recreational and leisure activities will be included in the itinerary, during which either French or English may be used. Meetings and interviews, discussions with local people and professionals, as well as surveys and conferences will all be held in English. The campers will fill out a logbook (available online) in French that parents can use to check on their children’s progress.

We will begin our trip at Catania–Fontanarossa Airport in Sicily. Younger campers have the option of having a traveling companion accompany them to any major city in the world (Rome, Geneva, Tokyo, Montreal etc.). In order to participate in this project, please follow the instructions below:

If you live in Europe, we advise that you fly from Paris, Geneva, or better still, London. If you are traveling from Quebec, we strongly advise you to book your outbound flight from Montreal. For all other parts of the world, it is best to fly with an American airline. In any case, please contact the team at our European Office, which is responsible for organizing the trip, so that they may advise you of the best flight route.

The Aeolian Islands make up an archipelago of volcanic origin, located in the Mediterranean Sea in the north of Sicily. The archipelago is made up of 7 major islands: Stromboli, Vulcano, Lipari, Alicudi, Filicudi, Panarea and Salina. For more than 2 centuries, the islands have been (and continue to be) the perfect location for the study of volcanology and geology. They were listed by UNESCO in 2000 as a World Heritage Site.

Your mission, should you choose to accept it: is to conduct a full field investigation into the topic of scientific journalism and to look at burning issues such as: geology, volcanism, the chemistry of lava and gas, mineralogy, changes in climate that are linked to the emission of volcanic gases or perhaps the prevention and management of risks. By taking part, you will help advance the MINEO Science Research and Education Program.

The instructors, some of whom are geologists and scientific journalists, will be on-hand to explain the remarkable ways in which nature works or to simply accompany the teams as they carry out their investigations. The day-to-day group work and speaking time, which take place in English, will allow the campers to hone their ability to write up and effectively communicate their discoveries and observations. The campers will have the results of their observations published online in a logbook and also on the MINEO website (www.osi-mineo.org).

This trip is part of a scheme launched by the Objectif Sciences International organization, the aim of which is to develop the skills of those who wish to work in the fields of science and communication in the future. If they so wish, campers are invited to submit their results to the UN in December under the framework of the Excellence Camps (www.vacances-scientifiques.com/Lead...).

This trip will take the form of a scientific expedition. Once there, the trip will take place in different stages. To maintain the quality of our mentoring scheme, there will be one instructor for every 5 campers. The minibus will provide hassle-free transport for all the equipment needed for the trip (backpack, tents and scientific equipment such as thermometers - computers - binoculars - cameras and photographic devices etc.), the personal effects of each camper (including clothes, cameras, sleeping bags) and food (fresh produce and other provisions). In summer, we will mainly stay in campsites along the seafront. Should the adventurers wish, we could spend a night sleeping beneath the stars on the slopes of Mount Etna.

The expedition will set off from the Aeolian Islands of Stromboli and Vulcano, which is the most active volcanic region in Europe and then continue onto Sicily. We will travel through the Aeolian Islands by boat. Numerous hikes will be organized so that we may carry out our observations and investigations. Whether it involves discovering the black sandy beaches, the marine fauna or the Sicilian towns, each sporting and cultural activity that we undertake will be related to our work on the scientific journalism project.

We will begin our trip by crossing the Tyrrhenian Sea to reach Vulcano Island, famous for its solfataras where one can see magnificent deposits of crystallized sulfur. Upon reaching the summit, we will remain to enjoy the sun as it sets over these island paradises set against the backdrop of the Mediterranean Sea. 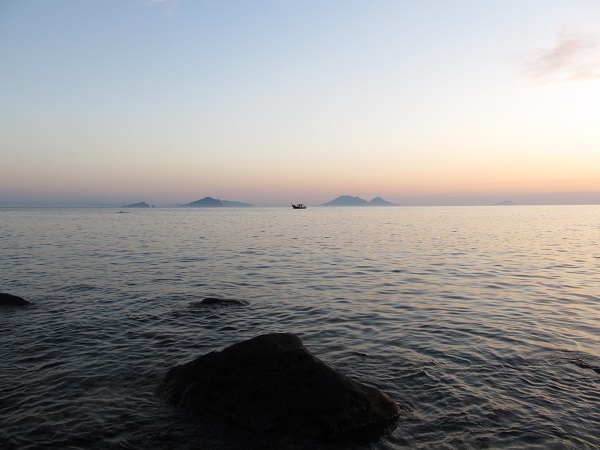 During our time in Vulcano, you may wish to try out the mud baths that are renowned for their healing properties. Who hasn’t dreamed about covering themselves in mud?! 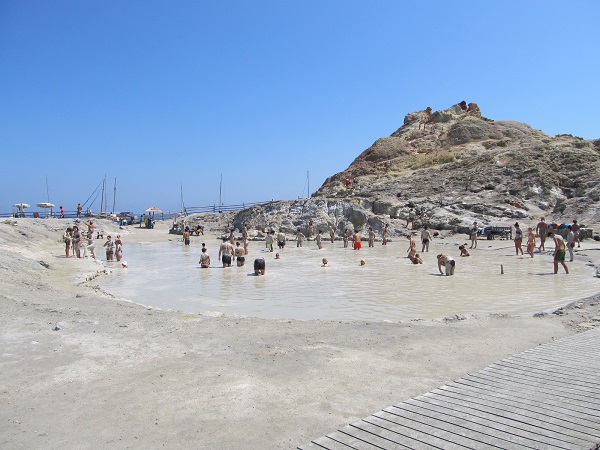 Once we are covered top to toe in mud, we will be ready for a swim in the sea. And why not take a dip in a thermal spring, where the waters are warmed deep underground. As we’re doing that, we might as well put back on our mask and snorkels and take a look at the marine wildlife. Vulcano Island, with its rugged coastline, offers peninsulas, peaks and caves that are ideal for diving. 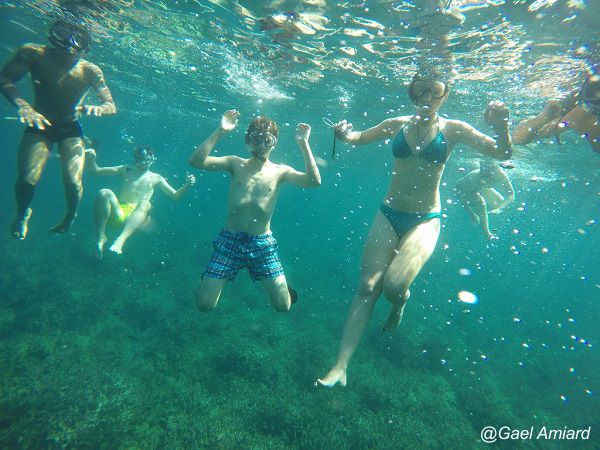 Our journey through the islands will climax in Stromboli. You will have a front row seat for a spectacular natural display, that of a volcanic eruption no less! Accompanied by a geologist and local guides, we will make a 3-hour ascent to the top of this volcanic island, where the summit reaches 923m above sea level. You will gasp in amazement as the volcano erupts, rumbling and spurting out jets of lava. Upon our descent, you will discover the joys of swimming near a black beach...of ash! 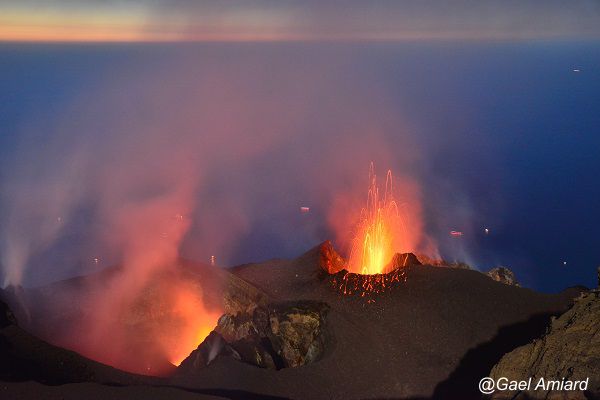 We will return to Sicily by boat so as to reach the slopes of the world-renowned Mount Etna. We will observe the active craters and the traces of former eruptions (volcanic morphology). We will venture into caves, also known as lava tunnels.

Hi, wouldnt be interesting for you to offer camps and related activities also in the selected UNESCO Global Geoparks (http://www.unesco.org/new/en/natura...)? The framing topic could be “Geoheritahe” or “Earth Heritage”. Many thanks for your answer, Martina

Reply to this message 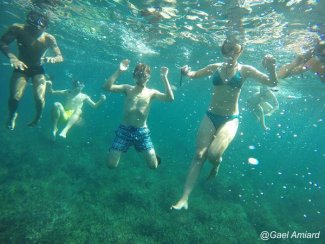 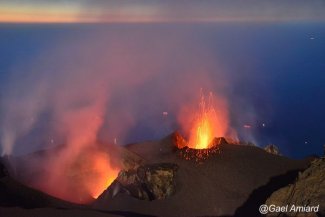 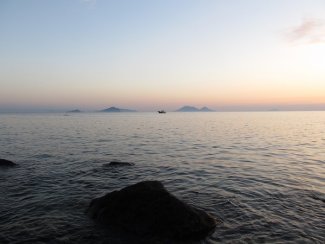